Parentification of children happens in more families and on more levels than we can even imagine.

Parentification is the process of role reversal between parent and child. The child takes on the parent role and the parent takes on the child role. This happens when the parent is immature, needy, emotionally unstable, is an addict, has unmet needs from his/her own childhood or has suffered traumas or neglect.

Here are some markers of parentification:

Because the parent has unmet needs or is unable to be responsible as a parent the child will try to help the parent. Children depend on their parents for shelter, love, acceptance and nurturance. If the parent cannot provide this for whatever reason the child will suffer and will attempt to solve the problem by helping the parent. The child will provide emotional or practical help to the parent and gradually forget his/her own needs. When the child is in a helper role he/she loses loose contact with him/herself. Being a parentified child is very lonely as there is no adult to turn to and no help from outside. The child learns to be strong and self reliant. It is natural for a child to love his/her parents and the child will sacrifice everything to see the parents happy. So the loss of his/her own needs and the loneliness involved are natural sacrifices for the child and is better than living in chaos or disconnection.

Role reversal is basically about parents who get their own needs met at the expense of their children. This is not always clear cut as the relationship is a give and take. But when the child suffers and loses touch with his/her own needs the pattern is unhealthy. But often it is subtle and may not be clear until the child is an adult that something unhealthy was happening.

This process of parentification is rarely conscious on behalf of the parent and the child will most likely do this without being asked directly. For the parent it is convenient to have a responsible and adult like child. Children will assume the roles in the family that are needed. The child does this in order to stay safe, and so that he/she will have some of his/her needs met.

The child feels responsible for the wellbeing of the parent and will attempt to nurture, take on difficult feelings, mediate between angry parents, cook meals, be a confidant, take care of siblings, listen to the parents’ problems, set aside his/her own needs in order to rescue the parents in the hope that that parent in turn can be there for the child.

In some ways the child loses his/her childhood and becomes a grown up too soon and feels the weight of adult responsibilities too soon.

The pressures of life for many parents are a lot and they cannot always  cope either emotionally or logistically. It may be because of external events such as divorce, work stress, death of a spouse or marital problems that the parent turns to a child for support and nurturance. The child will try to fill in the gaps and provide what is needed in order to keep the family unit together.

During and after a divorce when parents are fighting the child may try to mediate or listen the the parents’ marital problems.

In alcoholic families or families with mental illness the child may take on practical duties at too an early an age or will have to pick up a parent from a party or a bar. The child copes with the anxiety of the uncertainty by worrying or trying to control the situation.

Parents with the best of intentions may burden their children and create role reversals that are difficult to see on the surface. In many cases they are subtle. But the fact is that most people have unhealed traumas in their past and are not aware of the impact on their current relationships. Unresolved issues and emotions can be felt by children even if the parent tries to shelter or hide it from the child. Many parents will over compensate for their own childhood by attempting to do the opposite of what they experienced. Or they might marry and have children with someone who ends up doing something that hurts the children.

By contrast in healthy families children are able to be children. To play and be free from heavy burdens. They do not have too many responsibilities. They are carefree and can rely on their parents for support and emotional nurturing. They grow up to be healthy adults with healthy boundaries and are in touch with their needs.

However adults who were parentified children have difficult relationships with their parents and other people. There may be a lot of anger towards the parents or the adult child may be very sweet, pleasing and nice. They find it difficult to say no to the demands of their parents and other people and tend to help out whenever asked. Their parents may call when they need something and the adult child puts their needs before his/her own. He/she worries about his parents’ wellbeing in old age.

The adult child often finds him/herself in a helper role in life. Setting aside his/her own needs has become a way of relating to other people. He/she often feels exploited, alone or exhausted. Being around other people is hard work and his/her own needs are neglected. Friends and family seems to always demand something and the adult child finds him/herself as the helpful friend, good co-worker, patient listener or the good son/daughter.

In order to resolve the issues as an adult one must recognize the role reversal that happened and learn to take care of one self when appropriate. Learning to set boundaries and ask for help are key, as well as recognizing and respecting one’s own needs as being as important or more important at times than that of others. 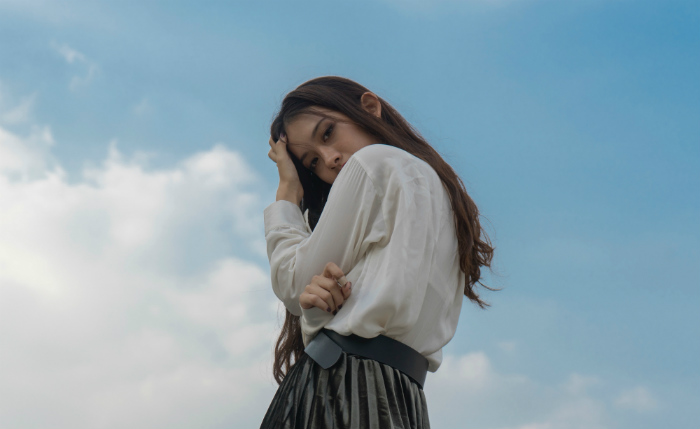 Dødsangst – døden er det ultimative farvel On Being an Ex-pat. The challenges of living Abroad
Scroll to top